Our Blog
You are here:Home - Email Security Blog - Top Reasons to Choose Spambrella when relying on Office 365 security 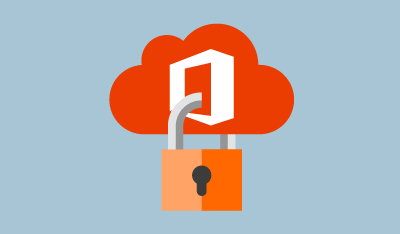 Top Reasons to Choose Spambrella when relying on Office 365 security

Organizations using Office 365 are choosing Spambrella for the following reasons:

Office 365 represents Microsoft’s cloud-based email and collaboration platform. Many Office 365 customers have found themselves requiring more advanced security capabilities than are available natively with Office 365. Small to mid-sized enterprises are easier targets for cybercriminals because they are generally protected by less sophisticated software or they are not protected at all. Unfortunately, email attackers have worked this out and now realize that targeting a smaller enterprise can actually mean a bigger reward in the end.

Spambrella offers key differentiators that complement Office 365 security, such as protection against advanced threats including business fraud via impostor emails, ransomware attacks. Spambrella also automatically detects and secures (block/alert/encrypt) sensitive information leaving the organization. In addition to protecting your email, Spambrella also protects your social media assets such as Facebook, LinkedIn pages, Twitter accounts, etc. This enables organizations of all sizes to take full advantage of the benefits of Office 365 without sacrificing the key security requirements.

Retail:
Over a month period, we were able to catch 250+ malicious attachments and 150+ URLs that were missed by Office 365 for a retail organization.

Financial Services:
Over a 30-day period, Spambrella detected more than 300+ malicious messages for a financial services institution that passed through their Office 365 security solution.

Healthcare:
Over a two-week period, 39% of messages deemed “clean” by Office 365 were identified as Malware, Phish, Spam, or Bulk by Spambrella.

Manufacturing:
Over a month period, Spambrella was able to catch 80+ malicious messages that were missed by Office 365 security.

The table below shows the features included and the monthly price for each of the O365 packages. Spambrella Professional package can be purchased with Office 365 E1 to maximize cost savings and feature set. 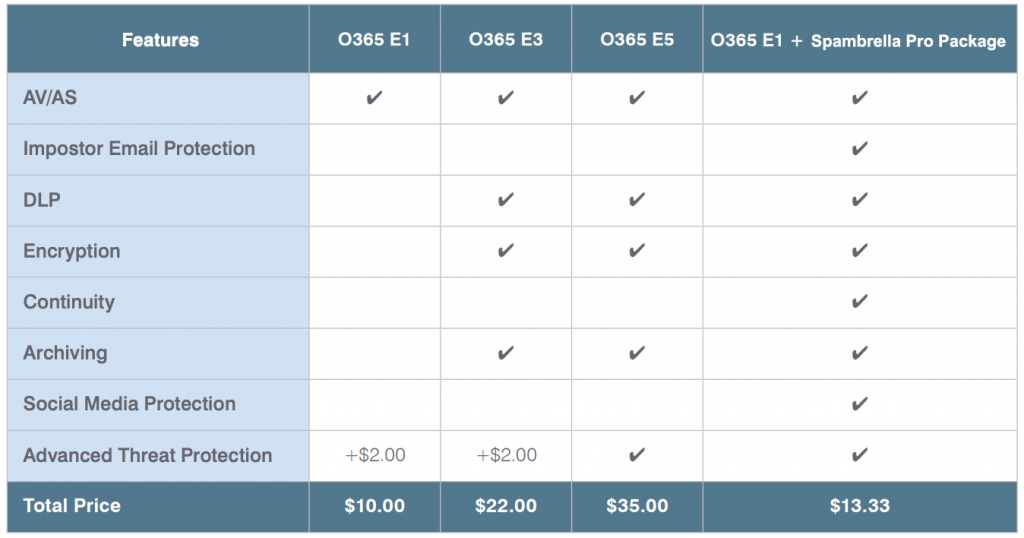